On Sunday, November 17, 2019, as part of the International Dog Show of All Breeds – CACIB, Organization for Respect and Care for Animals – ORCA, organized the XIV Grand Annual Mixed breed Show with the support of the Kennel Club, Belgrade Fair and the assistance of volunteers.

This year’s show was organized under the slogan “Love, happiness and mixed breed dog cannot be bought!”, by which we wanted to show how special and unique the mixed breed dogs are, as well as to encourage future responsible owners to make a superhero deed and adopt the abandoned mixed breed dogs!

Participants and visitors enjoyed the program of the show, and the youngest were looking forward to ORkidCA workshops dedicated to mix breed dogs. The vet answered all questions regarding pet health, while the bravest dogs tried out at Agility sport skill.

The host of this year’s show was our famous presenter Miloš Maksimović, while the jury consisting of: Andrija Daković – veterinarian and ORCA associate, Goran Vuković  – International kennel judge, and Dragana Tar  – President of the ORCA Board of Directors selected the mix breed dogs that most likely describe the following titles for the BEST mix breed dogs  in 12 categories:

THE MAIN PRIZE: THE BEST MIXED DOG IN 2019 – the dog with the most special charm that embodies our show went to: 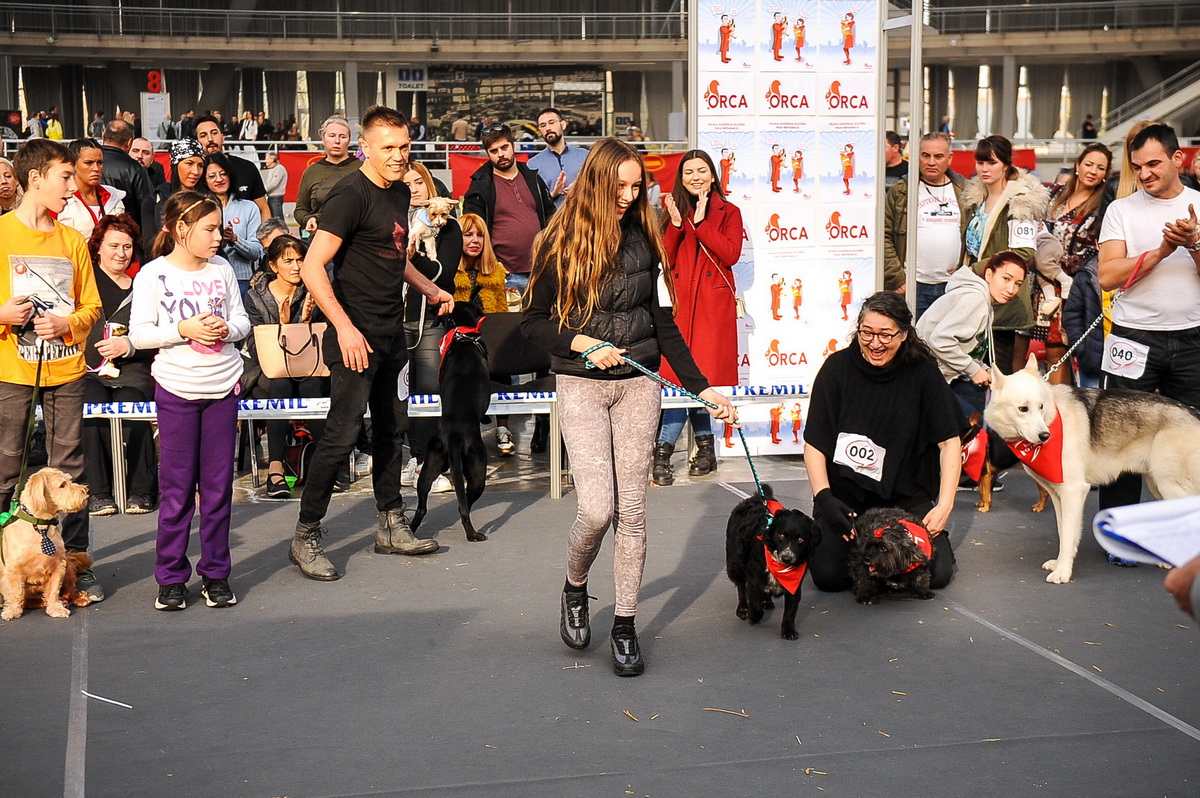 In addition to the Best mixed breed dog in 2019, the prizes were also awarded to the mixed breed dogs who describe the following titles the most accurately:

The most handsome – pretty, handsome, proud and somewhat pretentious dog with proud stature who is a true mannequin among dogs.

Danny is cheerful, disobedient and affectionate 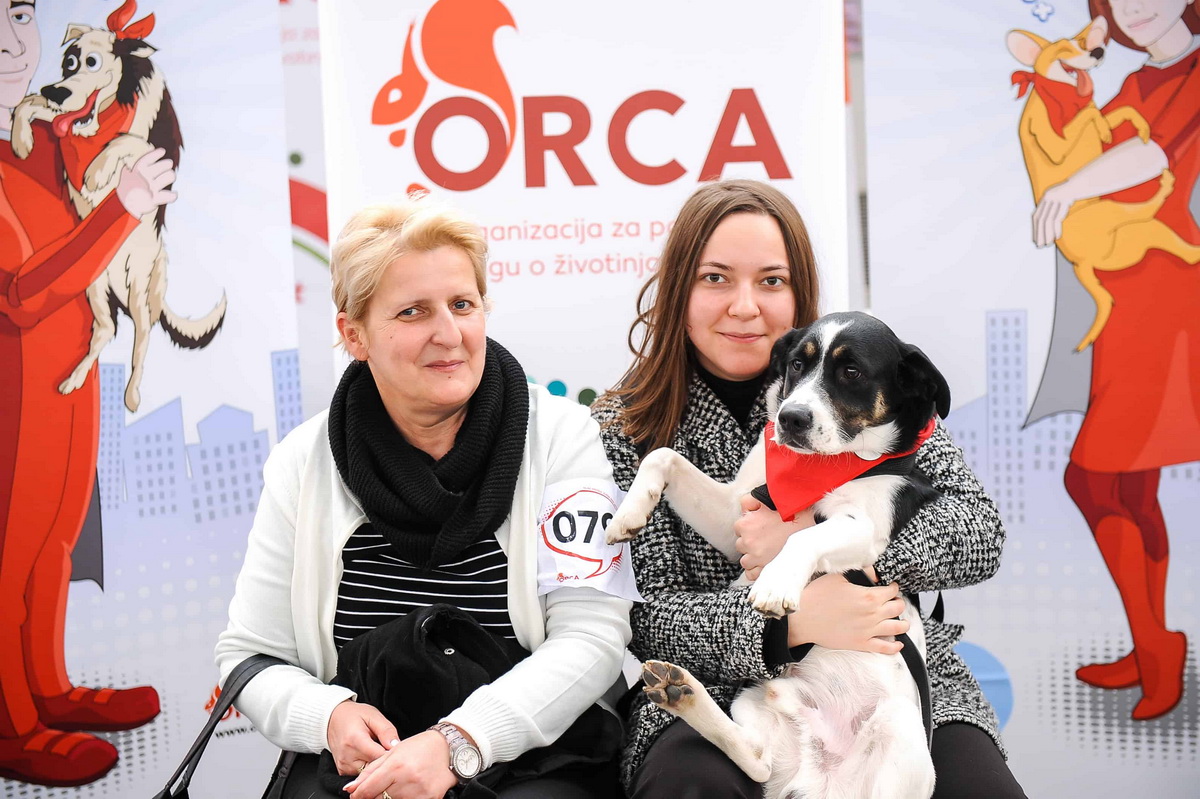 The most affectionate mixed breed dog – a cute, gentle and friendly dog who is both good with humans and other fogs.

Veljo is a hairy beast of 10 kg, who likes to jump and eat in abnormal quantities. 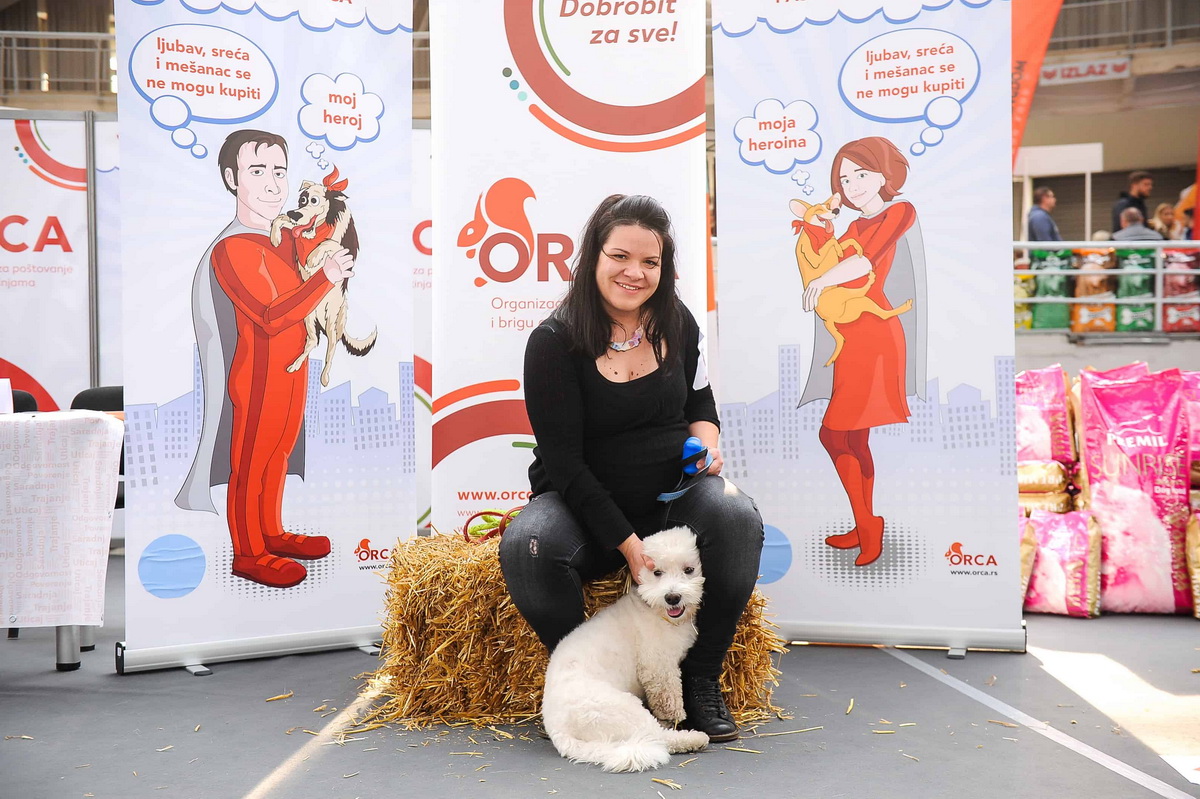 The loudest mixed breed dog – The dog that could be heard at every corner of the hall due to its pronounced bark.

Rea loves to play and barks often. She is the least serious and the tamest dog, a combination on hyperactivity and incredible loyalty. 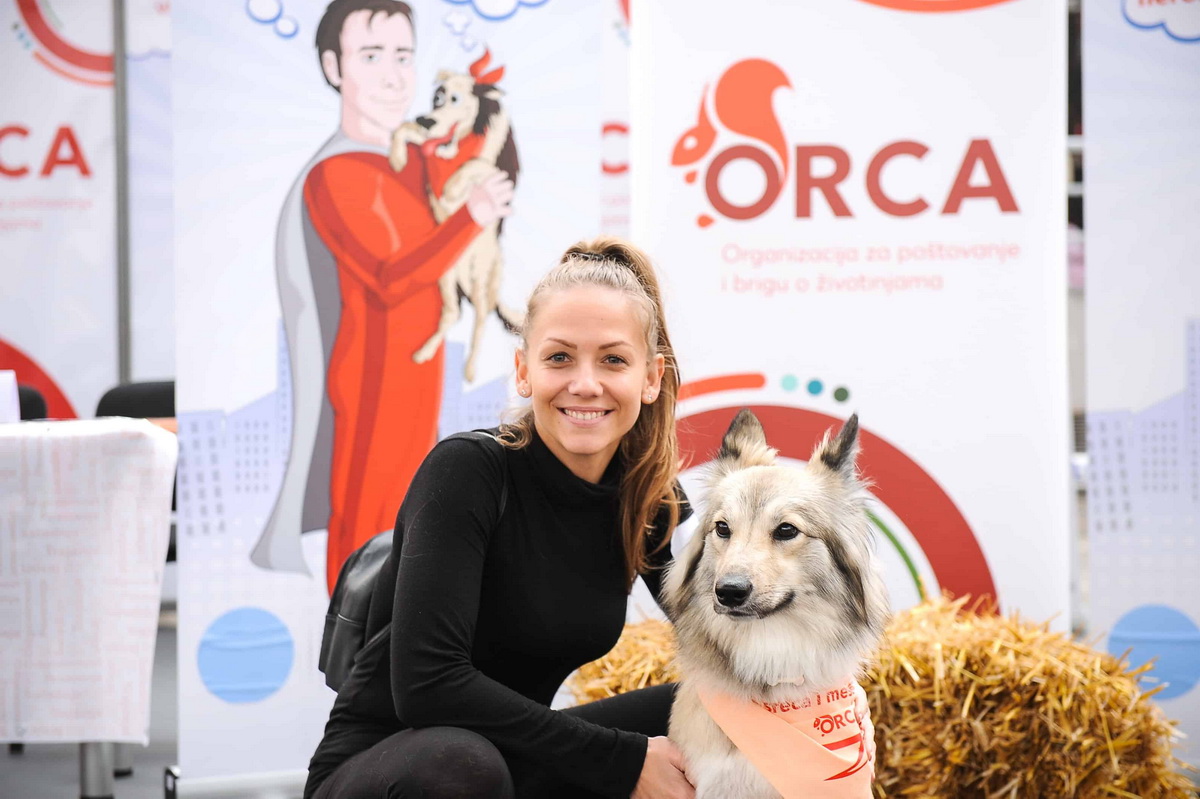 The hairiest mixed breed dog – A dog with a very striking haircut, with each hair pursuing its own policy.

Bubby Bu loves Zvezdara forest, international culinary specialties, tennis balls and won a gold medal for the fastest spinning of back for the purpose of cuddling. 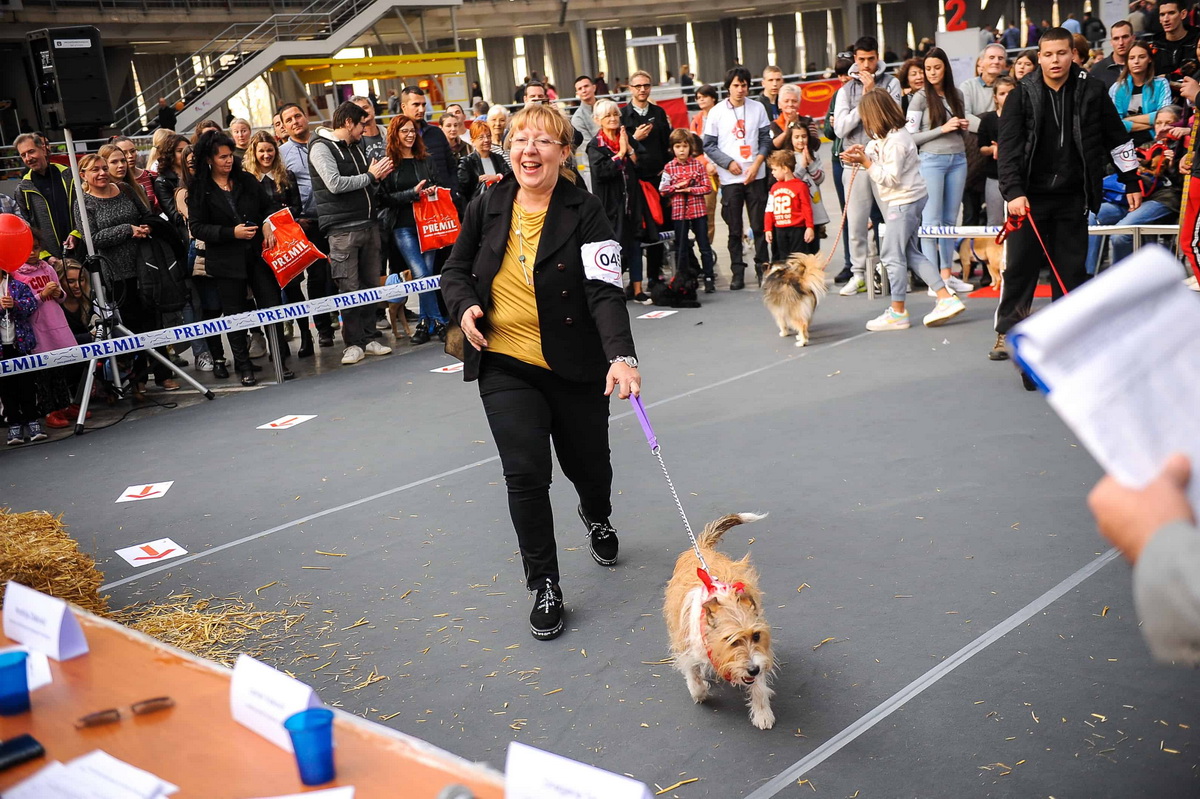 The loppiest mixed breed dog – A dog with big and beautiful ears, which are subject to the law of gravity.

Čupko is cute, obedient and smart. 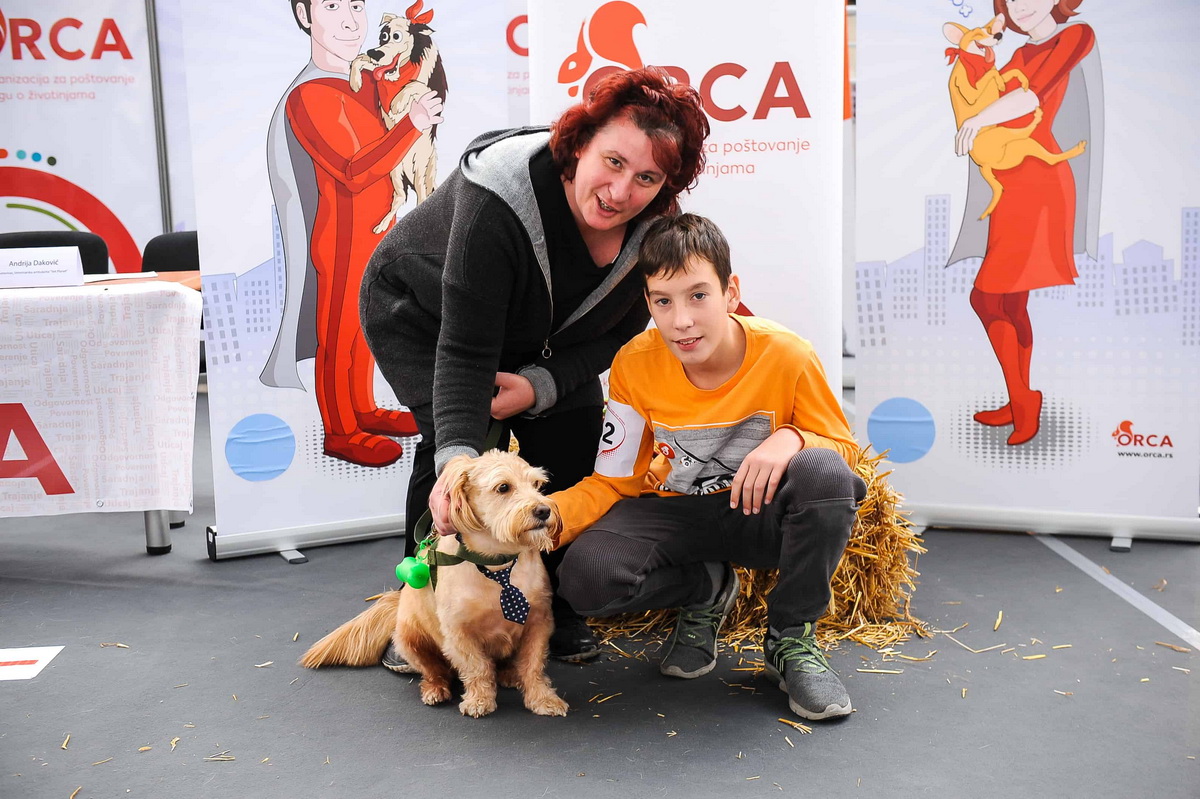 The most disobedient mixed breed dog – A dog which has violated all the rules of etiquette and for whose owner all the participants felt sympathy.

Johnny is a small hairy beast which likes to cuddle the most. 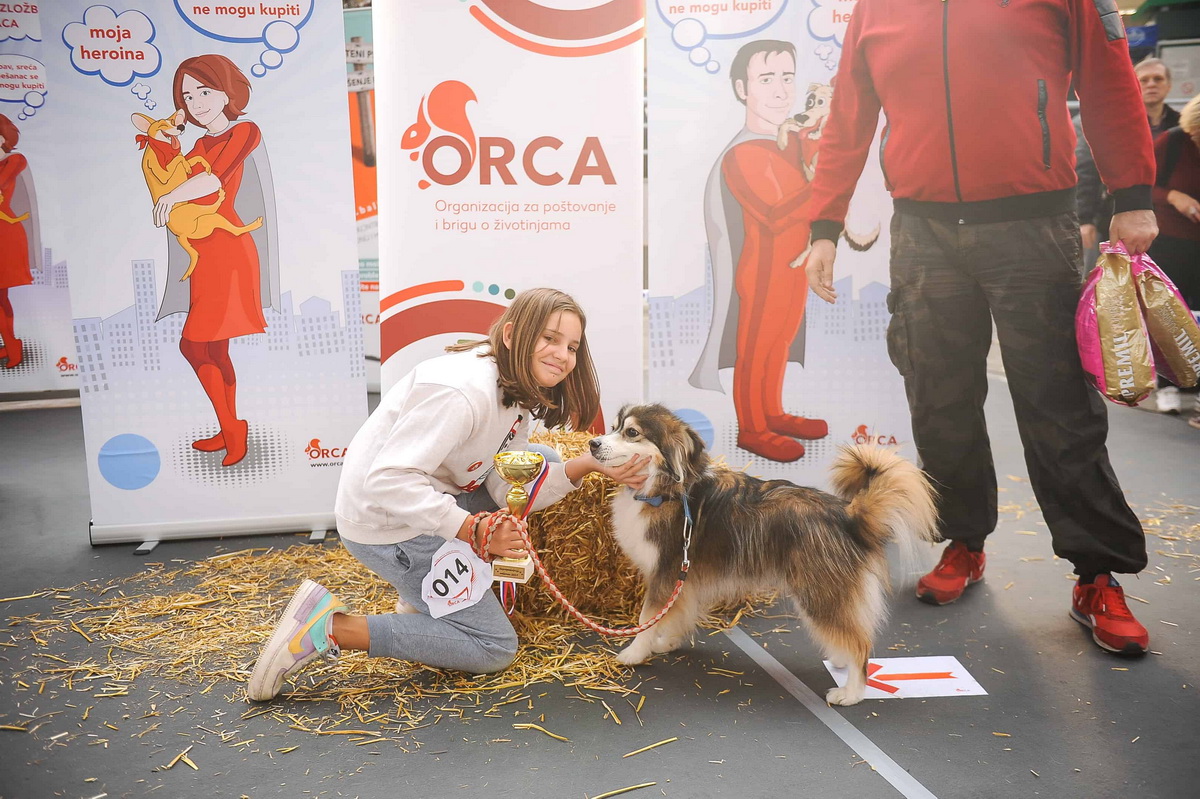 The most talented mixed breed dog – A dog which has a trick up its paw and knows how to show it.

Švrća is lively, playful and always ready to play. He is fast and agile, especially when it comes to the high jump. 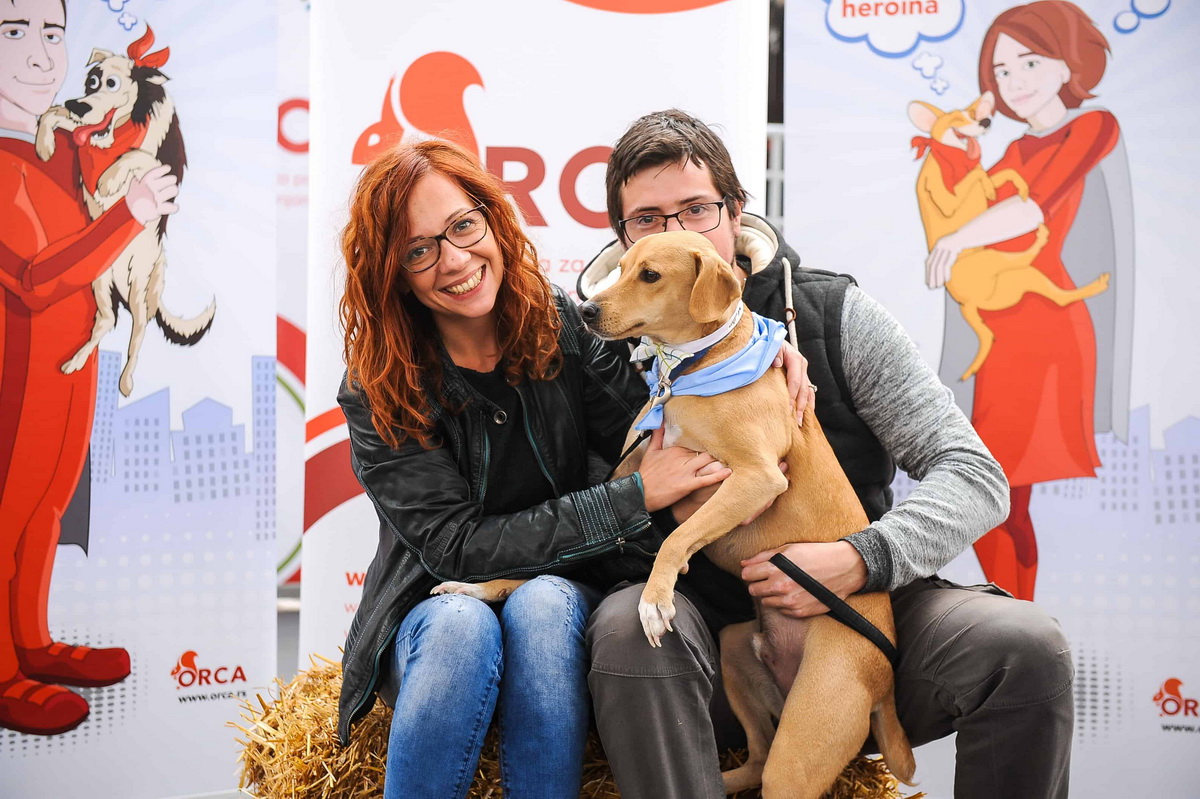 The prettiest tail – A dog with a beautiful and well-groomed tail that proudly shows off and shakes gleefully.

Boža is affectionate, obedient, kind and loves to hang out with everyone. 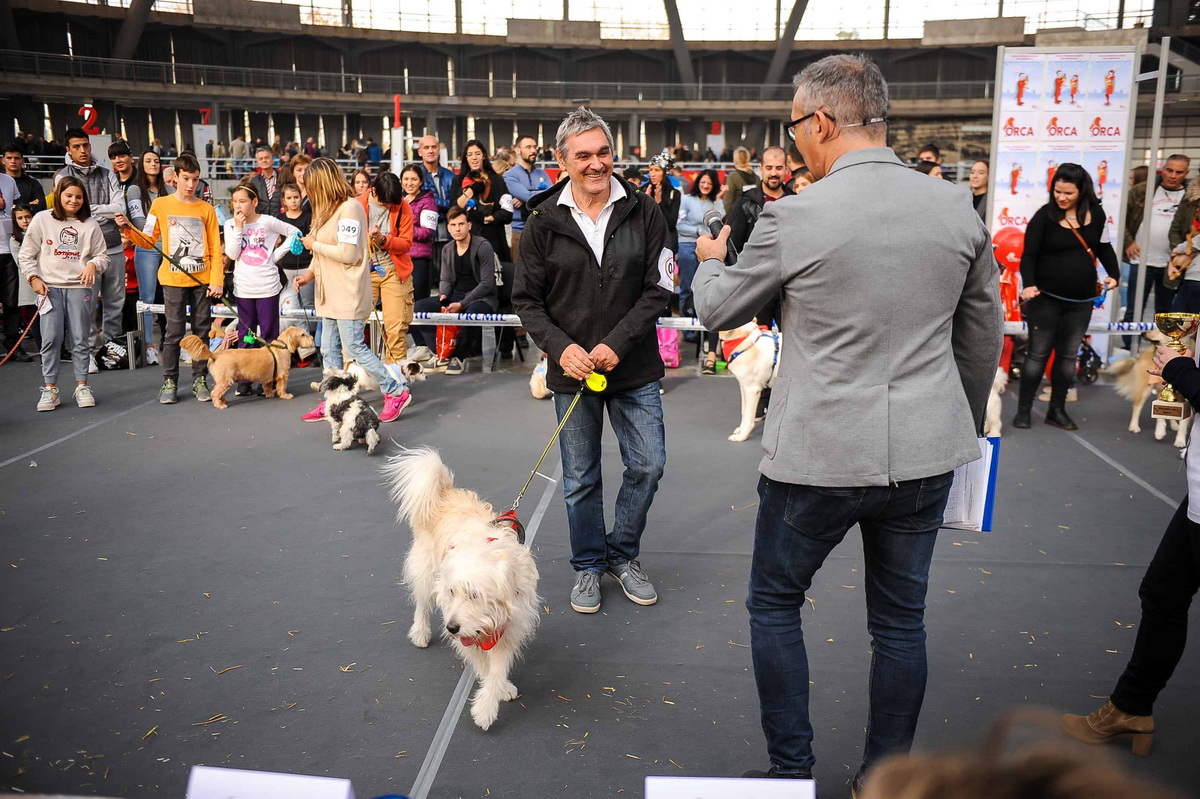 The prettiest couple – a kid and his puppy – The favorite couple at the show, which only evokes the sighs of observers.

Žarka is mischievous and playful, hairy, and doesn’t like boredom. Her favorite toys are her rope, balls and her people.

The most similar appearance – A dog which looks like its owner the most.

Iskra is the most stubborn and the happiest dog. Our world – her rules. 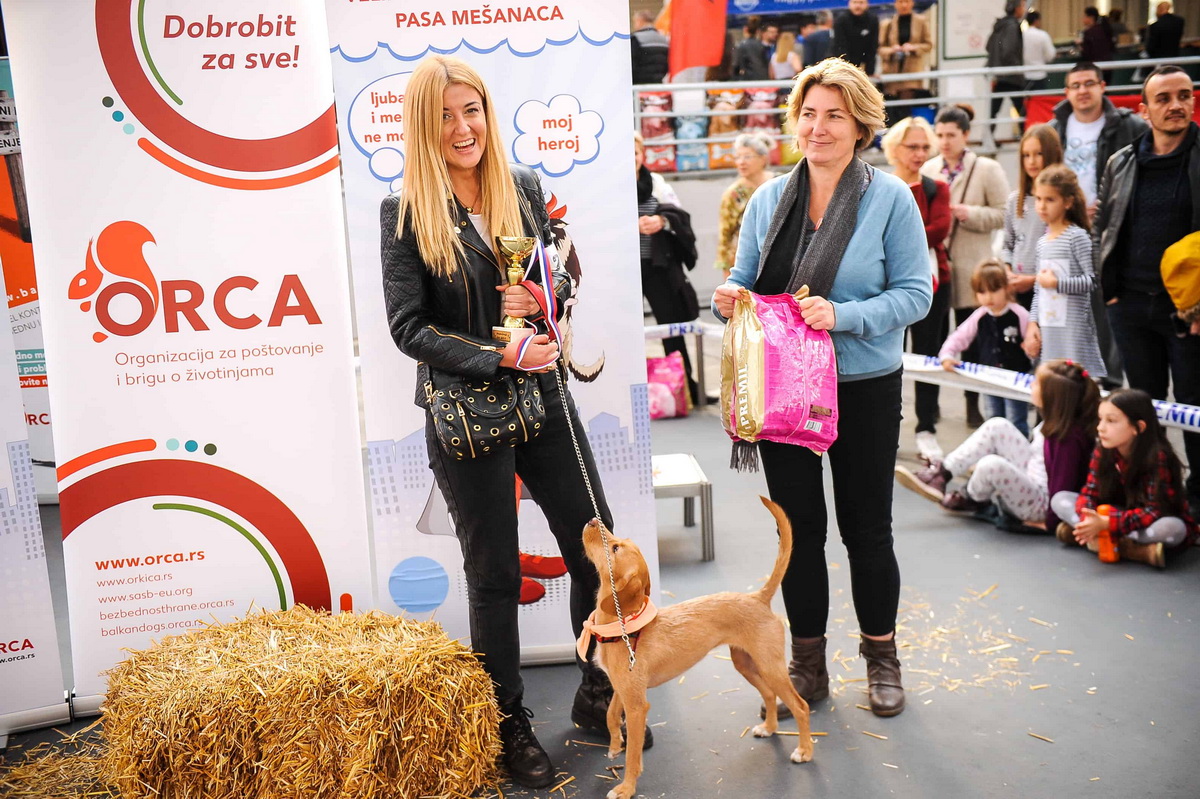 LJUBICA LIZA, owner VESNA PROKOPLJEVIĆ: Ljubica is the most loved dog and she got a second chance everybody deserves. 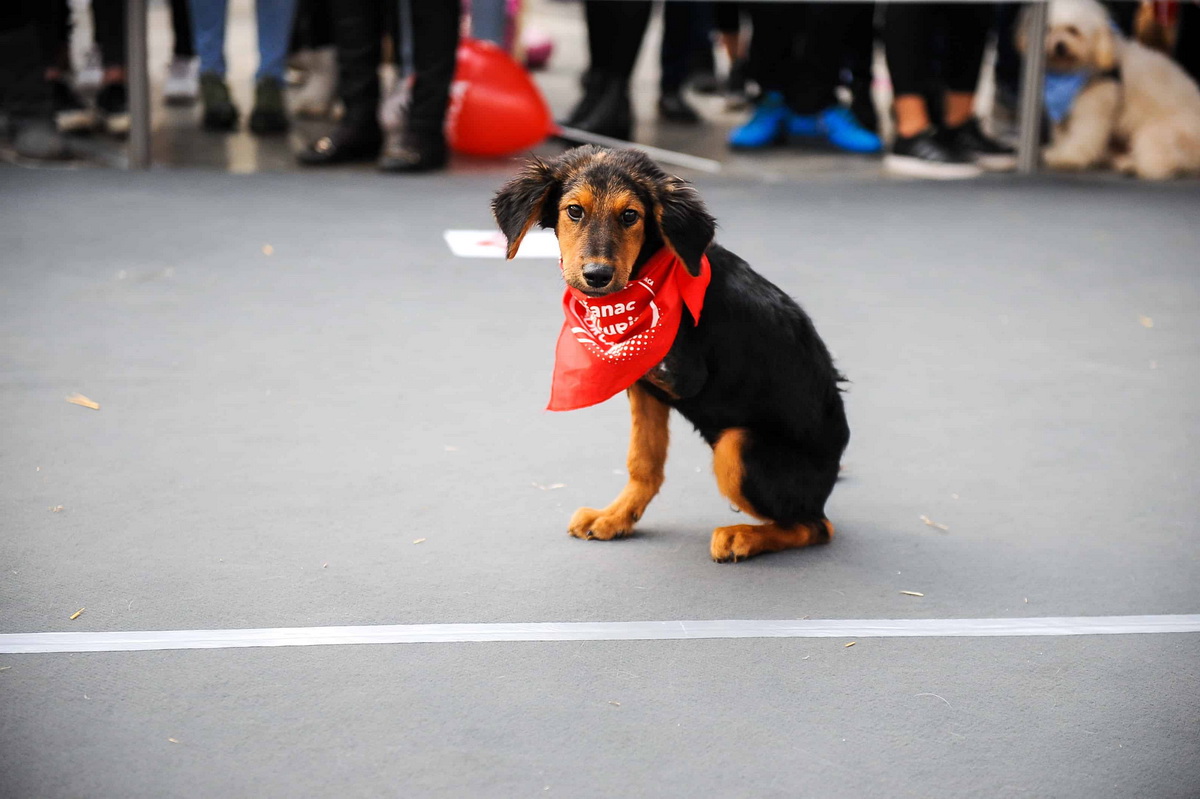 Kids from the Children’s Club ORkiCA also presented the prize to the dog which won their hearts. The title went to TUFFY, owner MARIJA MARUŠIĆ BIOČANIN. Tuffy is a lion-heart cheerful dog which won the prize for the loppiest dog for its cute ears and is a TV star. 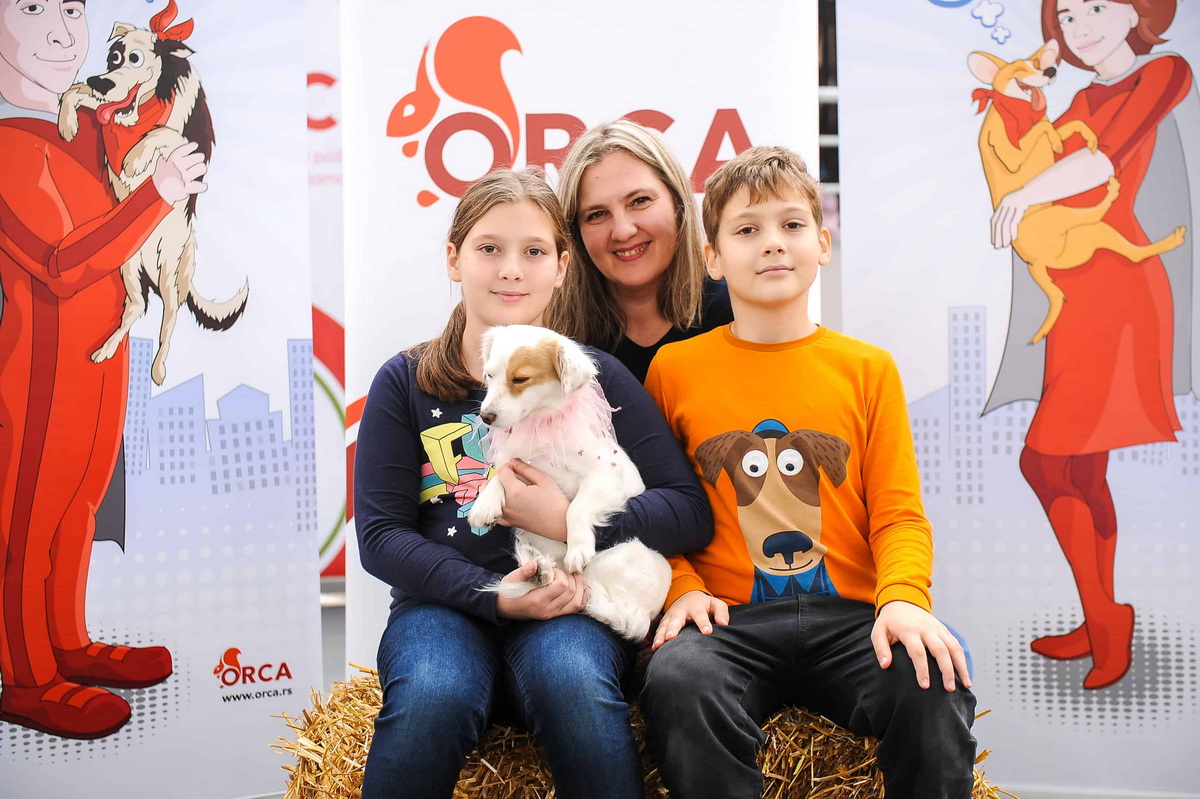 It’s important to mention that this was one catwalk of charm, where to win a title did not matter the most, but rather to participate.

For our youngest, we organized a gathering in the Children’s Club ORkiCA. The little fellows made dog sculptures from recycled materials and drew portraits and our models were the furry contestants themselves! The kids looked for the happiest dog, a scowl and a scarecrow.

AGILITY SPORT FOR EVERYONE

Participants in the show and their pets tried out in the sport discipline Agility with the support of the team from the Kennel Association “Polet“, which familiarized them with this phenomenal dog discipline and showed them how it could be useful and additionally bring the owners and their dogs closer.

Vets from the Veterinary Ambulance Vet Planet were available during the show and replied to all the questions of the participants regarding the health of their pets.

Participants in the show also had the opportunity to make this day memorable with one photo session. The photos will be posted in a couple of days on the ORCA Facebook page and you will be able to download them for free.

The winners won cups and medals which they can proudly wear and display. This year, PREMIL provided tasty prizes such as Premil super premium dog food.

All the visitors of the crossbreed show received a package of PREMIL super premium dog food and a charming ORCA scarf, which their pet proudly wore and will continue to wear during walks.

Thank you for supporting the Crossbreed Show and we will see you next year!